“It’s worse than creepy in here. Let’s find what we need and get out.”

What a fantastically atmospheric ghost story! I was really excited when the publisher offered me this eARC for my honest review because I love tales of the supernatural even though I am a total skeptic about it. Interestingly enough, my one unexplained ghost experience happened on a ghost tour in the Underground Vaults in Edinburgh, so I was extra excited for this one! While the character’s backstories and initial conversations felt disjointed at first, the story definitely shines with building tension and crafting a truly spooky read. 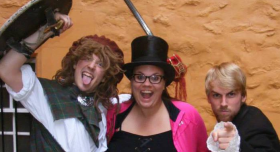 Photo of me in a Close after a walking ghost tour!

For those of you that have never walked the streets and closes of Edinburgh, they definitely have a haunting atmosphere to them. Our main character is Hannah, a recent divorcee that’s relocated to Edinburgh from England to become an actor and guide for haunted walking tours of Henderson Close. While Henderson Close itself is fictitious, there are countless walking tours where the guides dress up as people from the past to lead the tours and discuss ghost sightings around the city (I’ve been on one!).

Reading the book made me smile a lot as it really does capture the feeling of being on a Haunted Edinburgh walking tour, learning the history of Auld Reekie (a nickname for Old Town from the renowned stench due to human waste being thrown out windows into the streets… ‘gardyloo!’). The atmosphere and tension builds as the supernatural events escalate, really adding to the terror for our characters.

📝 Close is a Scots term for an alleyway. Wikipedia

The way that the book and story is written is as if the reader has knowledge of Edinburgh, Old and New Town, and the closes. While Cavendish does a good job of setting the historical scene of the squalor living conditions of those living in the tenements of the closes (so close together that you could shake hands with the person across the way), there was definitely a missed opportunity of explaining the Scots terminology to the reader. Since Hannah is an outsider (a Sassenach), I feel like her learning these terms could have been brought into the narrative to bring the reader in more. While I personally have traveled in Edinburgh and am familiar with the terminology used, I think that some readers may be confused and it would have been easy for the main character to be like “oh a kirkyard is Scots for graveyard”.

“The old legend that Farquhars Close was some sort of gateway to hell. It was one of the first Closes to go and was sealed up very quickly.”

While I absolutely adored the plot, I did struggle a bit with the characters. In the beginning the dialog seems… off. I can’t really put my finger on it but it doesn’t feel authentic when Hannah’s talking about her past with her new coworkers. In terms of the plot and supernatural happenings, the dialog is spot on, but in terms of character development it felt a little jilted to me for the beginning of the book. The exposition about Hannah’s past felt a little repetitive and inconsequential to me; I was far more interested in the supernatural mystery than her past. I can say that while I struggled at first with the dialog and character exposition, I did eventually settle into the narrative and everything does have a point in the end.

The supernatural occurrences in Henderson’s Close escalate as the plot progresses, getting more and more creepy. Something evil walks the Close, but only some people experience it. I do feel like there were some loose ends that could have been explained a bit better, but with ghost stories we don’t get all the answers so it’s unrealistic for me to expect everything to be spelled out at the end. I had some theories about connections that I would have like to see debunked though!

Overall, I really enjoyed this plot-driven and spooky book and highly recommend it to fans of horror and ghost stories! I don’t often find myself scared while reading horror but this one definitely spooked me on more than one occasion, and while the character development was a little lacking I care more about the plot when it comes to horror… and the strong plot more than makes up for it!

Many thanks to Flame Tree Press for sending me an advanced reader copy of this book at no charge via NetGalley for my honest review. All opinions are my own. Quotes are taken from an uncorrected proof and are subject to change upon publication.

You can find information about my rating criteria here.

Ghosts have always walked there. Now they’re not alone…

In the depths of Edinburgh, an evil presence is released.

Hannah and her colleagues are tour guides who lead their visitors along the spooky, derelict Henderson Close, thrilling them with tales of spectres and murder. For Hannah it is her dream job, but not for long. Who is the mysterious figure that disappears around a corner? What is happening in the old print shop? And who is the little girl with no face?

The legends of Henderson Close are becoming all too real. The Auld De’il is out – and even the spirits are afraid.

26 thoughts on “The Haunting of Henderson Close by Catherine Cavendish” 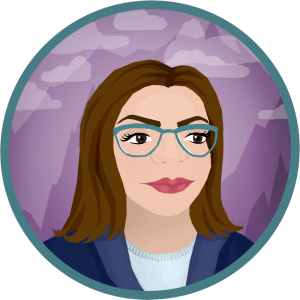